Dragon Glider’s Coaster is a suspended coaster based on the How To Train Your Dragon animated film franchise. In this ride, the guest is taken on a journey aboard gliders that have been constructed by the Vikings of Berk. What could possibly go wrong?

BOSA was brought aboard to create the animated media which was embedded in the ride. We were not scoped to create a complex visualization for this ride, however, there was a tricky component. The train (coaster) had three cars… each with four seats. These cars rotated and swiveled to face the action. It functioned more as a dark ride than a coaster. The tricky part was that the front car was 10 meters before the rear car. This meant, as the train approached a scene, the reveal of media would be very different for the front car to the rear. We needed to make certain the storytelling was not lost in transition.

Using tools we honed on $200m features, BOSA created a virtual model of this ride that moved smoothly and cleanly. From this model, we could get a sense of how the ride worked and how the media would integrate. We also incorporated all the HVAC and show set poles to make certain nothing was obstructing the view.

We wanted to get a better sense of how the ride worked, and the REVEAL of the media, so we created a proprietary interface. We build the coaster in VR, and within the build, created a heads up display (BOSA HUD) where the viewer can “hot-swap” media in and out without leaving the VR build. This was a massive step forward as, prior to this, the operator had to return to the VR scene file and change the media and rebuild the VR experience each time. Now we are able to target each screen, switch the media, ride the coaster and watch it from different seats, jumping from front to back, and then offset the media if needed. Below is an example of how the HUD performed.

Description of BOSA HUD: Upper left, you can jump between the three cars on the train (A, B, C). You can make the train start and stop and scrub through the action. Your speed and time is calculated. On the actual list of screens, you can swap movies, and toggle start times, end times, and moments when the media is triggered.

CONCEPT PAINTINGS FOR THE RIDE 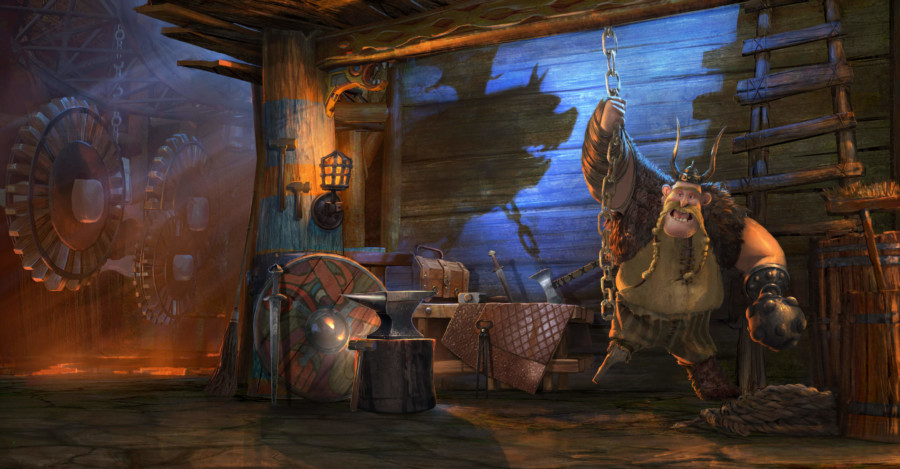 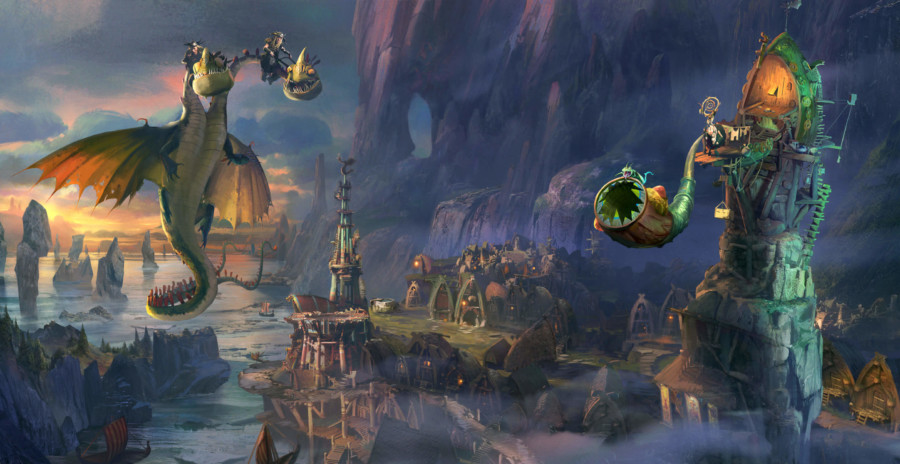 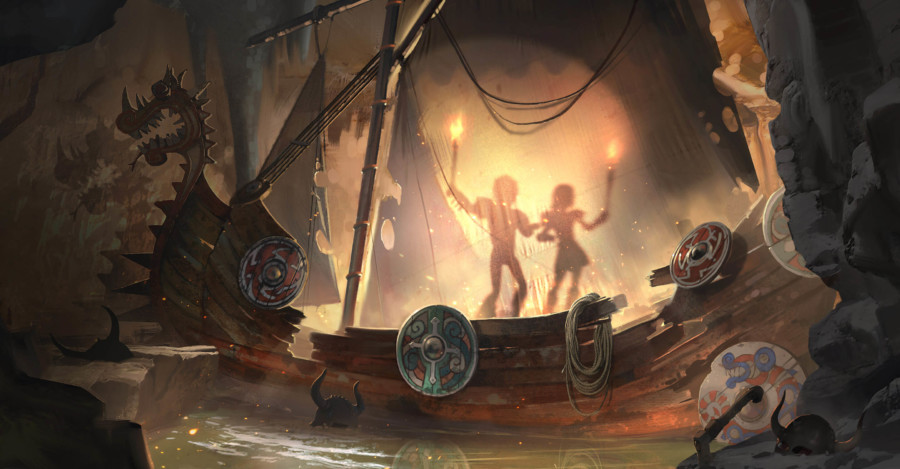 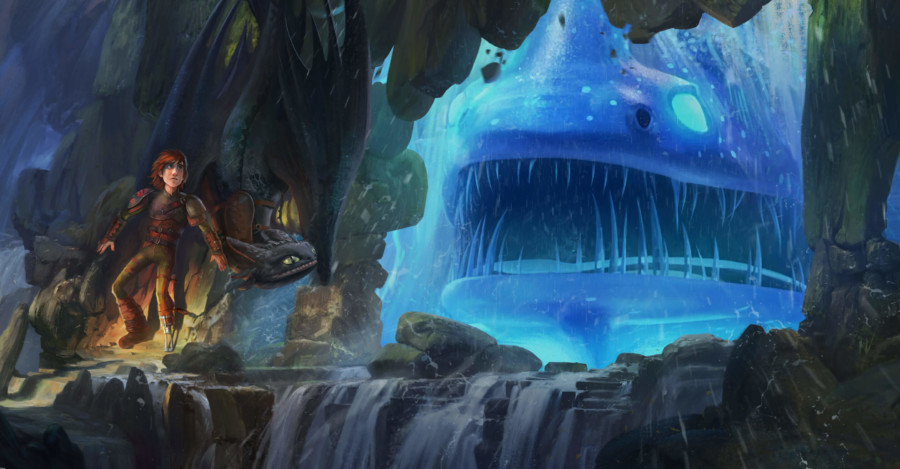